So I was playing a video game on one monitor while watching a video on the other.

And I noted that the video was stuttering in spots. And generally when the screen action got busy in the game. I have 2 1070ti GPUs in my system, this shouldn’t really be happening…

Complete stats of the system are on pcpartpicker.

Anyway, the setting I have in Nvidia doesn’t seem to be working as advertised. Take a look: 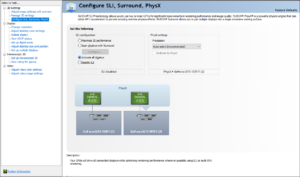 So note at the bottom the text “Your GPUs will drive all connected displays while optimizing rendering performance whenever possible using SLI or multi-GPU rendering.”

Awesome, sign me up….why does it say SLI disabled then? 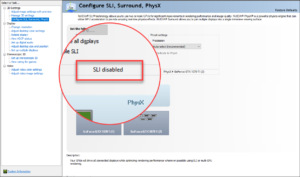 I thought I should dig in more so I enabled the GPU activity icon in my notification area in Windows 10.

When I click on it though, no matter which app is on which monitor, the GPU activity reports no activity on one GPU… 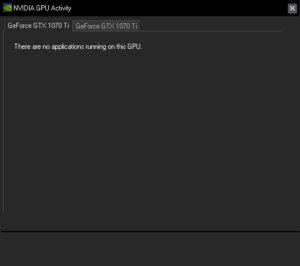 But yeah check this out, the 2nd tab; 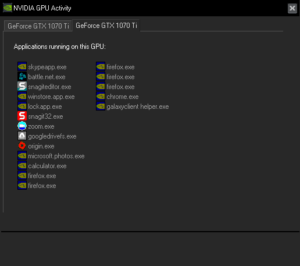 So why is everything on one GPU?!

Task Manager seems to back this up, the consumed video ram is 200MB on the one with no apps running, and 2GB with the one that has all the apps. 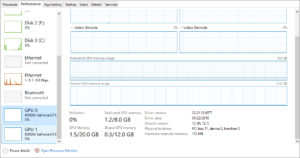 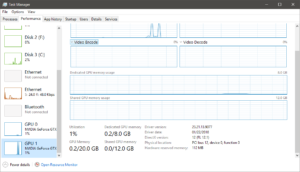 The only time I see activity on the 2nd GPU is when I take a screenshot with Snagit (presumably because Snagit is capturing what is displayed on the GPU itself? dunno).

So is this enough proof/diagnostic info/screenscraps and graphs to analyze? Not really;

I fire up WPRui from the Windows Performance Toolkit; 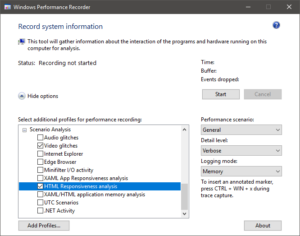 Note I have selected in this options area;

(HTML because my movie is playing off a plex.tv host on my LAN)

And I hit start, run a game intro, watch some Rodney Dangerfield for a minute or three, and then stop the trace.

Interestingly, when I try to open the WPA tool and read the trace, it hangs… 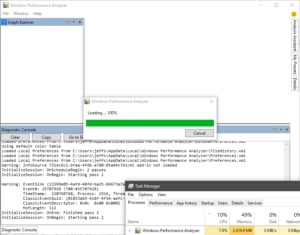 This is on insider preview Win10 pro, slow ring, and the preview ADK as well… more to come.