So I am mining some coinage in the Cryptocurrency world. Mainly because the miners make GREAT performance testing resources. Nothing like maxing out CPU or GPU or both whenever you need it (and making a little speculative coin on the side).

But,  the mining program was doing me wrong. By default, the  thing use ALL cores available and apparently go in sequence. This is ‘ok’ but I find I get MUCH better results when I don’t let the  miner handle my CPU-based miner threads. 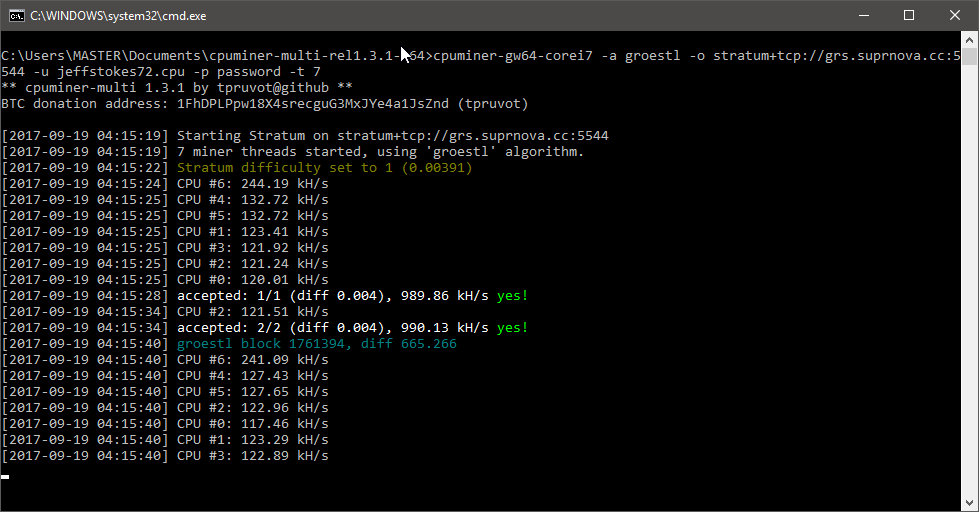 Note CPU #6. Why is it 70,000 hashes/second faster than it’s peers? Because it’s the only miner thread that doesn’t have it’s partner CPU also running at 100%.

Let’s look at this in Task Manager, this is what it looks like: 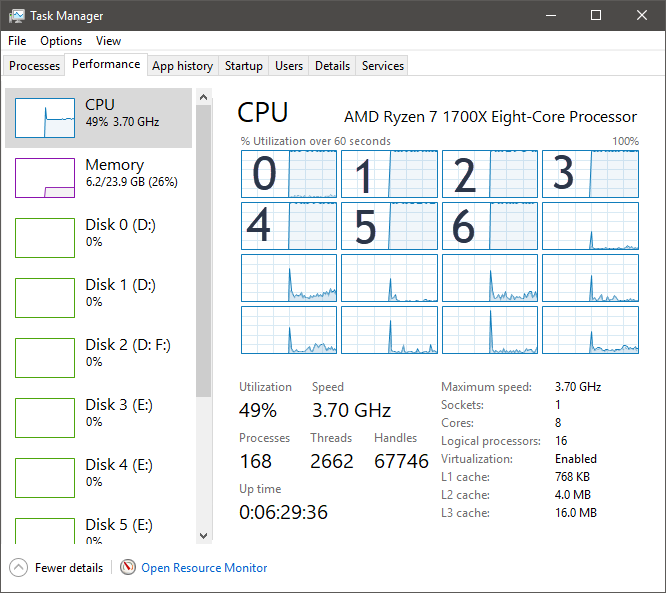 That’s why CPU 6 can run faster. It’s hyper-threaded pair isn’t mussing it up. Plus it perhaps has better caching since it isn’t using pipeline cache for another busy thread (conjecture).

Anyway, changing this is trivial. I found my miner in task manager and right clicked it and selected Processor affinity.

See how it’s spread out on all CPUs? Yeah we’re going to fix that. 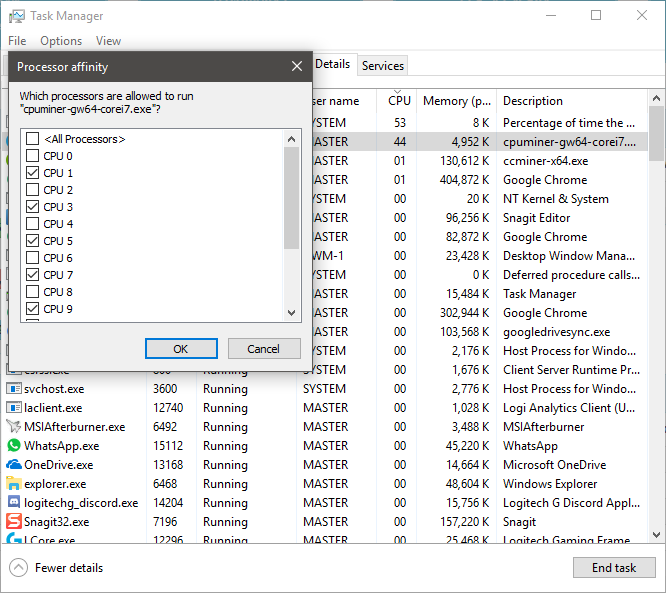 Now I’m using every odd CPU, and every even CPU is not used by my miner process. Fair enough. I am only allocating 7 miner threads by the way, so we’re giving the miner an extra thread. Who cares. It might not use it. Don’t care.

Hit ok and see the results: 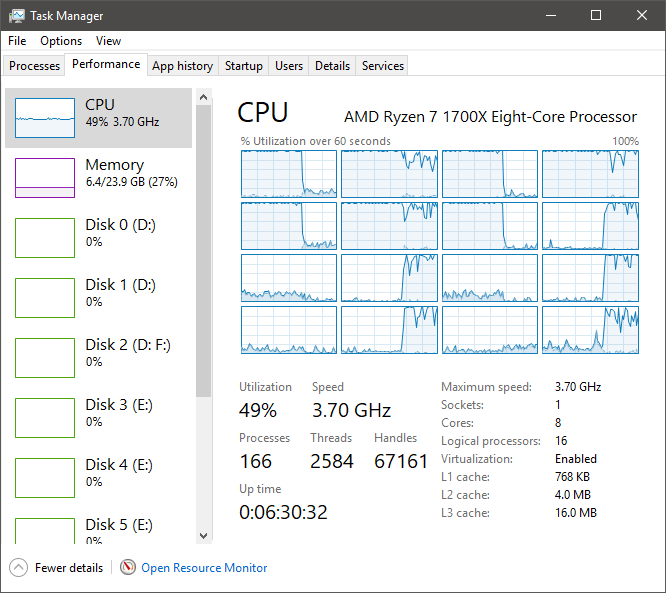 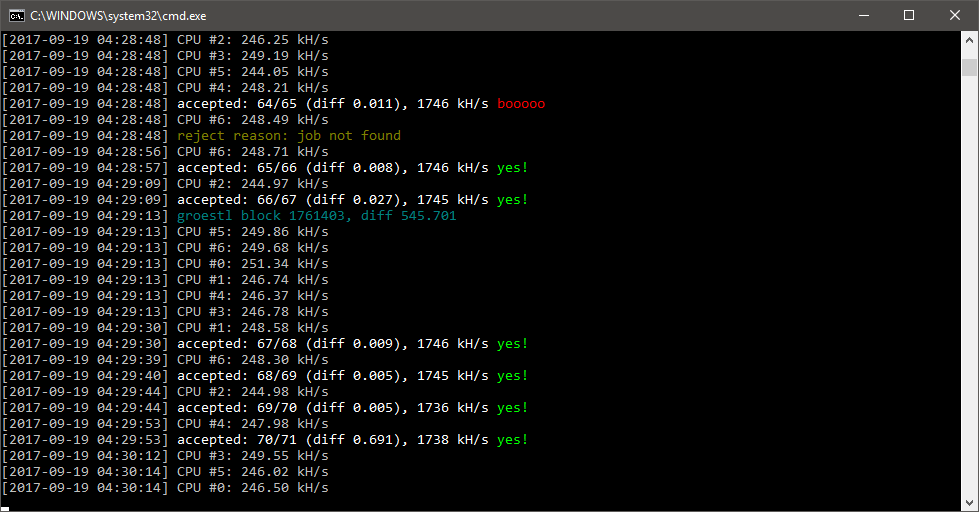